The Afterlife for a Grim Reaper is a pretty bizarre place in this terrific little Showtime television series that lasted two seasons.  Laced with dry, dark humor and peppered with expletives, Dead Like Me is full of fascinating, sometimes hilarious characters going about the process of reaping souls.  Sometimes, along the way, there are serious moments and a few solid observations about life and death.

Dollhouse is an action-adventure series in a science fiction framework that strives to be much more than it actually is.  Created by whiz kid Joss Whedon and produced by its star, Eliza Dushku, the beautiful and well acted series jerks all over the map while consistently delivering fun, action-packed stories that mostly work toward a semi-coherent ending.

In 2012, PBS aired this four part miniseries by famed documentary director Ken Burns that looks at the ecological catastrophe that occurred in America’s Great Plains between approximately 1931 and 1938.  Written by Dayton Duncan and narrated by Peter Coyote, the film combines still photographs and film from the period with color film shot specifically for the program, interviews with survivors of the calamity, and voice-overs of writing from various victims.

This story of a simple-minded mother and daughter, born into privilege and unable to generate the income necessary for basic survival, forces us to ask dangerous questions about social responsibility.  HBO Films enlisted two extraordinary actors, Jessica Lange and Drew Barrymore, to create this compelling movie, that deserves a much wider audience than what the cable channel can generate. 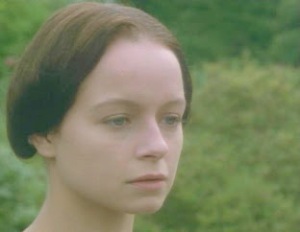 This film adaptation of the classic novel Jane Eyre by Charlotte Brontë was originally aired on Great Britain’s ITV in March of 1997 runs approximately one hour and 45 minutes.  Obviously, a great deal had to be cut from the story in order to fit it into that kind of time parameter, but Kay Mellor’s script concentrates rightly on the romance between Jane Eyre and Edward Rochester and the Gothic suspense of Thornfield.

Executive Producers Tom Hanks and Gary Goetzman assembled a great team to bring Pulitzer historian David McCollough’s book John Adams to life in this seven part HBO miniseries.  It is a beautiful, gritty and moving account of the life of our second President, John Adams and his wife Abigail, beginning on the evening of the Boston Massacre in 1770 and continuing until Adams’ death in 1826.

This 2008 adaptation of Jane Austen’s first published novel stands out as the best so far, not because it is utterly faithful to the novel, although it is the most faithful of all adaptations over the last twenty-five years, but because it really penetrates the emotional heart of the novel. 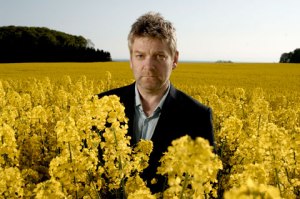 This BBC mystery series is actually a chain of films based on the novels by Swedish writer Henning Mankell featuring Ystad police detective Kurt Wallander, a middle aged man coping with the deterioration of Sweden’s utopian ideals as the country wades into the 21st Century.  The Wallander novels have attained a world-wide popularity based as much on the character’s accessibility as the gripping nature of the crimes he solves.