The Dragonriders of Pern Saga

(An Introduction to the World of Pern)

The Dragonriders of Pern Trilogy 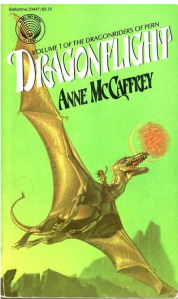 This first book of The Dragonriders of Pern saga began as two novellas, “Weyr Search,” which won the 1968 Hugo Award for Best Novella and “Dragonrider,” which won the Nebula Award for Best Novella in 1969, making author Anne McCaffrey the first woman to ever win either one of the prestigious science fiction writing awards. It is the only Dragonrider novel that focuses exclusively on the relationship between F’lar and Lessa 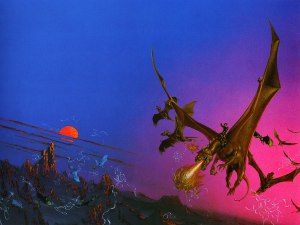 The sequel to Dragonflight and the second book in the Dragonriders of Pern Trilogy, Dragonquest substantially expands the range of featured characters.  Where the first book concentrated almost exclusively on F’lar and Lessa, the second novel spreads its point of view far and wide.  Masterharper Robinton, Menolly, F’nor, queen rider Brekke, and the boy who is to inherit Ruatha Hold, Lord Jaxom, all take center stage at one point or another, while the Weyrleader and Weyrwoman continue to expand their leadership roles. 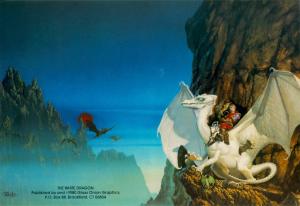 Beginning several more Turns after the end of Dragonquest, The White Dragon shifts character perspective slightly away from Benden Weyr to concentrate on the maturing of Jaxom, the rider of the white dragon, Ruth and itinerant Lord Holder of Ruatha Hold.

The Harper Hall of Pern Trilogy 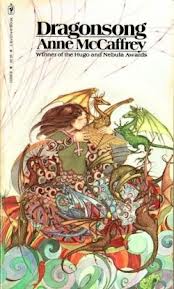 The youngest daughter of Yanus, Holder of Half-Circle Sea Hold, on the wild Eastern part of the northern continent, Menolly is 15 years old at the beginning of the novel.  Petiron, the Hold Harper, had found her to have an exceptional musical talent when she was very young.  Even though girls were not allowed to be Harpers, he taught her how to play all of the instruments and encouraged her to write her lovely songs. 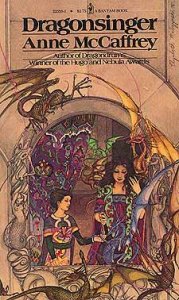 Dragonsinger is the sequel to Dragonsong and the second book of the Harper Hall Trilogy.  In the main Pern timeline, it occurs roughly at the same time as the later sections of Dragonquest (the second novel of the Dragonriders of Pern Trilogy).  It continues Menolly’s story from the ending of Dragonsong as she arrives at the Harper Hall to begin her new life as a musician.  It is highly recommended that one read Dragonsong before reading Dragonsinger. 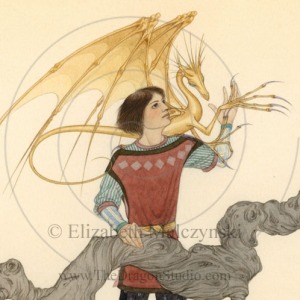 Piemer’s voice breaks just as he is preparing to sing the role of Lessa in a new composition by Domick and Menolly, written especially for Lord Groghe’s Spring Festival.  Without his voice, the boy’s world is turned upside down.  Fearing for his future he visits his voice master, Shonagar, only to find that he will be replaced as the man’s apprentice.  Shonagar sends him to the Masterharper of Pern, Robinton, for reassignment.  His depression over his change of circumstances changes to elation as he finds that he will become Robinton’s apprentice now, but there are, of course, complications.

Other Books in the Series

Dragonsdawn is a prequel to the entire Dragonriders of Pern saga.  This novel tells the story of the group of colonists who actually settled Pern and it explains most of how the society devolved into what readers encountered when they opened their first Pern book, which is normally (and should be) Dragonflight during the Ninth Pass of the Red Star.  If readers had any difficulty understanding that world, this will explain all, from the difference between a wherry and a watchwher to how the dragons were evolved from fire-lizards. 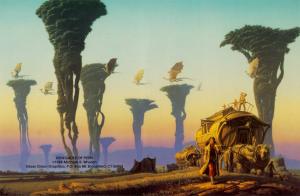 The Renegades of Pern

The Renegades of Pern is splintered into lots of little stories and covers the time period just before the beginning of the main Dragonriders of Pern Trilogy, running all the way up to the very beginning of All the Weyrs of Pern.  It contains both vital information regarding the main story line and vast amounts of story that just don’t really matter at all. 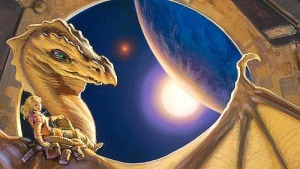 All the Weyrs of Pern

In what many thought might be the last of the Pern 9th Pass novels, the computer AIVAS (Artificial Intelligence Voice Address System) serves as a major character in the fight to end Thread forever. 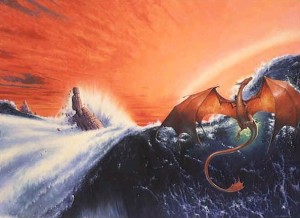 The Skies of Pern

In this final book in the 9th Pass saga of The Dragonriders of Pern, the story turns to the aftermath of events in All the Weyrs of Pern.  F’lessan, son of F’lar and Lessa, rider of bronze dragon Golanth, has settled into the ruins of ancient Honshu Hold and is looking for an occupation for the time After the last fall of Thread.  Researching his hold at Landing, he runs into Tai, rider of green dragon Zaranth at Turnover and their meeting changes both of their lives–and the future of Pern.